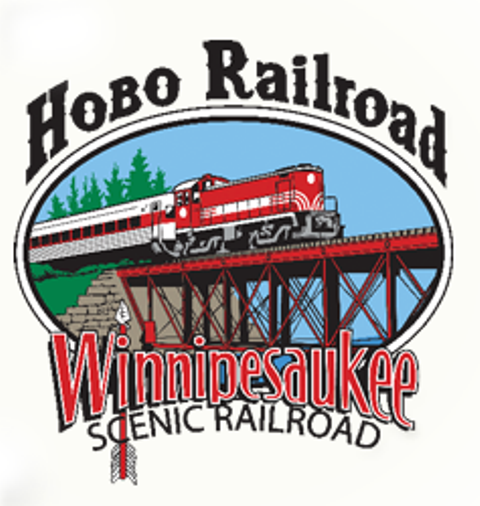 The Hobo Railroad in Lincoln, NH and the Winnipesaukee Scenic Railroad in Meredith and Weirs Beach, NH share something in common, 54 miles of historic railroad track between Tilton, NH and Lincoln, NH that dates back to the late 1800’s – a period in time when President Grover Cleveland resided in the White House, trains were pulled by steam locomotives and steam-powered cars were all the rage.

During the late 1800’s, the 54 miles of track mentioned above was owned by the Boston, Concord & Montreal Railroad.  It served as one of the primary routes north through New Hampshire for tourists wishing to make their way from cities like Boston, Hartford and New York to the pristine lakes and mountains of northern New Hampshire and to points further north including northern Vermont and Montreal, Canada if they felt so inclined.

In the early 1900’s the rights to the rail line were sold to the Boston & Maine Railroad who kept the line active between the Lakes Region and Lincoln, NH for many years in support of the paper mills and other businesses that depended on passenger and freight service.  Passenger service faded as automobiles and highways became more popular in the 1950’s and once the last of the paper mills closed for good in the mid 1970’s, freight service came to an end as well.  The rail line was then purchased by the State of New Hampshire and eventually it was offered up for lease.

This unique opportunity caught the interest of Edward & Brenda Clark from Lincoln, NH in the mid-1980’s.  After reaching an agreement 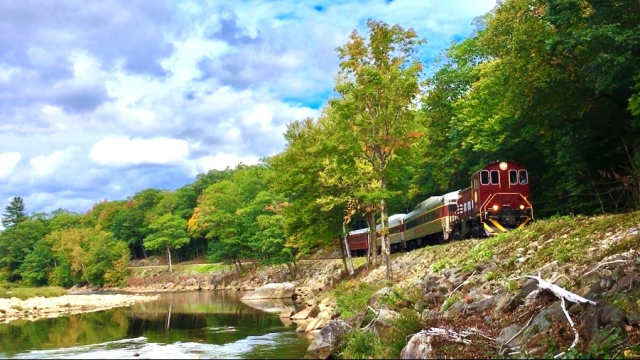 with the State of New Hampshire, the Clarks created the Hobo Railroad - a tourist railroad -  which they opened in Lincoln, NH on July 1, 1987.  They’ve continued to operate and grow the railroad operation successfully for the past 32 years.  Located at 64 Railroad Street in Lincoln, they operate from late May through late October and again from just after Thanksgiving until just before Christmas.

In the early 1990’s the Clark family also had an opportunity to lease another section of the same rail line from the State of New Hampshire along Lake Winnipesaukee.  This new lease gave them access to the track between Tilton, NH at the south, and Lincoln, NH at the northern most end – a total distance of 54 miles.

The addition of the new lease allowed the Clarks to open a second tourist railroad in 1992 - the Winnipesaukee Scenic Railroad.  With their main station located at 154 Main Street in Meredith, NH and a satellite ticket booth located on the boardwalk at 211 Lakeside Avenue in Weirs Beach, NH, it’s one of the most popular attractions in the Lakes Region. Operations in Meredith and Weirs Beach begin in late May and continue through late October each year.

Although the historic rail line between Tilton, NH and Lincoln, NH no longer moves freight like it once did in the late 1800’s and early 1900’s, the Clark family and their employees are extremely proud to have the opportunity to serve as Stewards of this historic rail line which now offers guests visiting the area a chance to experience rail travel as it used to be while being able to relax and enjoy the sights and sounds of some of the most beautiful areas of New Hampshire from the comfort of restored vintage coaches.

For more information regarding the Hobo & Winnipesaukee Scenic Railroad, visit www.HoboRR.com or call (603) 745-2135.