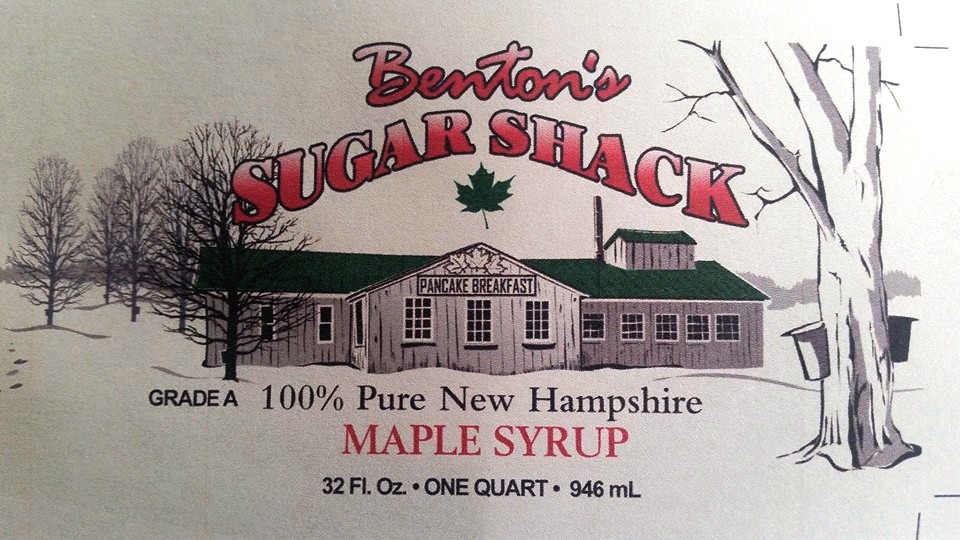 The Benton Family has been making maple syrup for five generations. You might say it’s in our blood!  When the sugar house was moved to its current location in 1983 from Millbrook Road, it began as a place to sell our syrup. With more traffic and visitors on the main road, we decided to turn the family farm into a ski touring center and added a place where folks could sit and eat a small meal before skiing. We served hotdogs, hamburgers, chili, homemade soups and Ma’s famous baked beans and the basic Pancake Platter.  To keep up with the growing demand of loyal customers who were less to ski and more to eat, we added our dining room addition in 1999, and the rest is history!

The Benton family stays very busy during the spring with their award winning maple syrup production, which includes 5,300 taps and 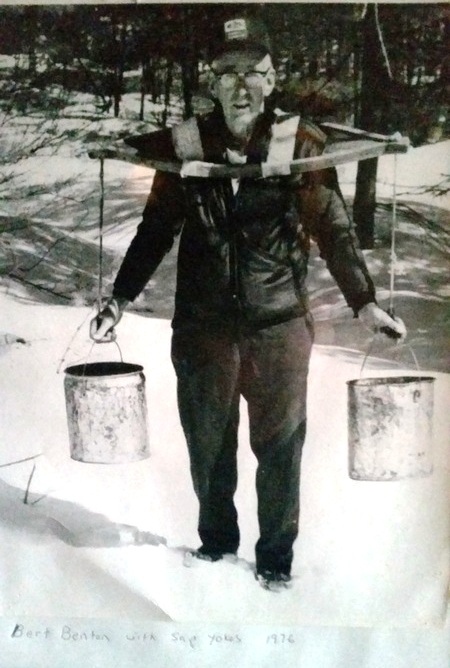 countless hours spent boiling the clear liquid that is pouring from their maple trees until it becomes the sweet syrup everyone loves to see on their breakfast table. They always hope for a bountiful season so they keeps a close eye on the weather and look forward to the cold nights and warm days needed for a good sap flow. It takes 40 gallons of sap to produce one gallon of syrup. Once the trees begin to bud though, the season is over.

Generations of the Benton family have been producing maple syrup at their farm in Thornton for more than 150 years and this in 2016 they were honored with the prestigious Carlisle Award for producing the best maple syrup in the state. For that acknowledgement, the family was presented with the coveted Carlisle Trophy that now sits in a place of honor at Benton's Sugar Shack, their popular weekend eatery located on Route 175 in Thornton.

The syrup industry has long been a part of the family's legacy. When Brad Sr. was young, he said even the children in the family took part in the sap operations each spring. "Soon as you were big enough to carry a yoke, you were put to work," he said. In those early days hand drills were used to bore into a tree and metal buckets were hung from the taps that were inserted into the trunk of each tree. The sap gathered in those buckets then had to be carried by hand, or over the shoulders with a wooden yoke, back to the sap house where boiling pans waited. To make things easier for the family, his grandfather spent countless hours carving lengths of logs to create long sap gutters that helped get the sweet liquid downhill from the orchard to the boilers. Brad Sr. has devoted 74 years of his life to the sugaring operation and now the fifth generation of Bentons are busy heading up many of the operations. Dad still stays involved as much as he can though.

Many relics of the past, such as that very same sap gutter, are on display at Benton's Sugar Shack restaurant and gift shop. The Sugar Shack is not only a popular place for a great weekend breakfast, but a tribute to the history of the maple industry in rural New Hampshire. In 1983, it was Benton who decided to open the Sugar Shack over weekends in late February and March while the sap was running and the syrup was fresh from the tap. "People kept telling me to keep the restaurant open throughout the year, though, so eventually, I did, and I never looked back," he said. 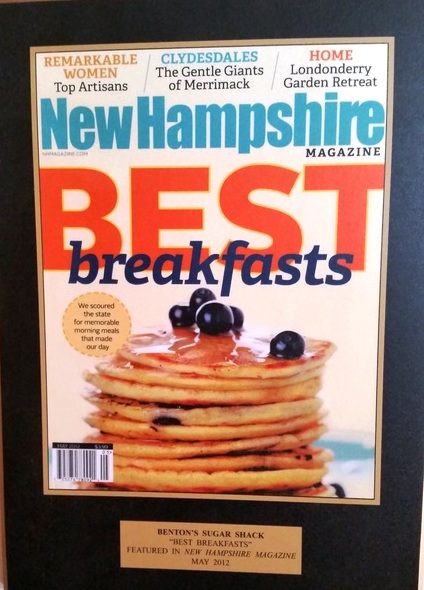 Today the sap retrieval process itself is much different from Brad Sr.'s youth though and no yokes are required to carry buckets out of the woods these days. His son Mike has replaced metal buckets with miles of plastic tubing lines that lead to large collection tanks. He has also set up cameras in critical locations where, from his cell phone, he can monitor the tanks and pumps set out in the orchards. On top of those timesaving luxuries, new technology back in the "sugar shack" where the actually boiling takes place now speed up that process as well.

"The reverse osmosis machine pulls water out of the sap before we even boil it, and that in itself is worth its weight in gold to us," Mike said. With the reverse osmosis machine the boiling time is cut down significantly, along with the amount of wood required to keep the sap boiling to its desired consistency. Even with that machine though, Mike said he will still burn approximately 30 cords of split wood to produce 2,000 gallons of syrup.

Benton's Sugar Shack is one of many maple producers who will take part in the upcoming New Hampshire Maple Weekend on March 19 and 20 to celebrate and educate the public on their industry. Besides the full menu in their restaurant, the gift shop will be filled with maple syrup, candies, and other maple products along with soup mixes, canned goods, breads and other locally produced goods. The Benton family will also offer tours of their Sugar Shack where they will explain all that is required to turn sap into their award winning maple syrup. 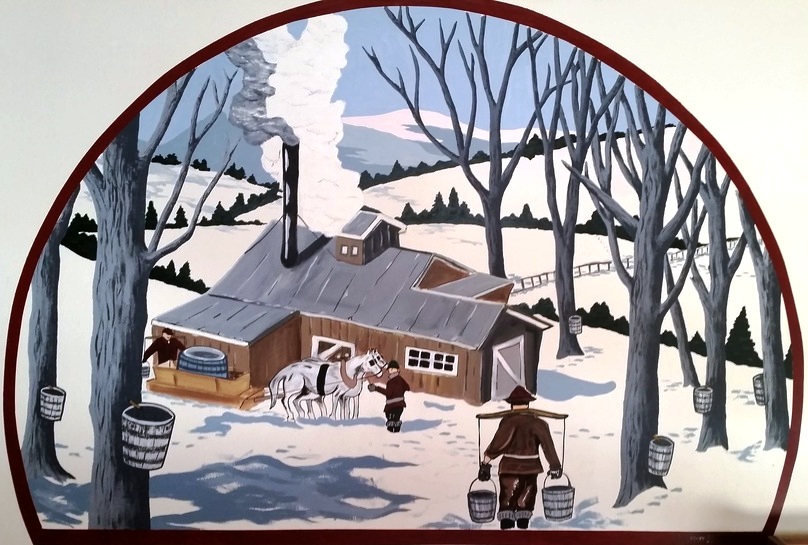