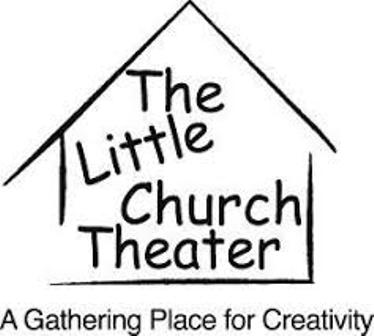 The Little Church Theater has a rich history as a small Catholic Chapel. Owned by the Diocese of Manchester and built at the end of the nineteenth century on land purchased from Arthur Johnson, The Sacred Heart Chapel was an important part of Holderness community life for almost a century.

Irene Bildeau Leavitt was, in 1908, the first person baptized in the chapel, and used to tell wonderful stories of her time there with its congregation. She remembered several weekly masses that were often attended by boys and girls from the many summer camps in the area, as well as by the year-round residents of Holderness, Ashland and Sandwich.

The chapel was built, in part, to accommodate worshippers from the area who found water transportation easier than traveling by land. The Asquam Transportation Company (a Squam Lakes ferry company that went out of business soon after the automobile was invented) carried passengers to the three docks that were on the 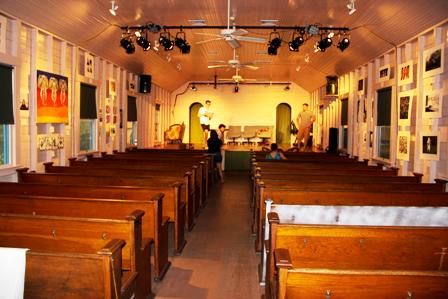 Eventually the Catholic Church suspended services and the building stood vacant for several years.  In 2003, George and Austine Howard purchased the desanctified church and breathed new life into it as a center for creativity, adding a stage, theater lighting, and seating for 144 people.  Respecting its history as a place of worship, a cross still sits atop the roof over the front door and stained glass windows filter the summer sunlight.  Today, dynamic energy of a secular type can be felt as dramatic voices echo down the aisles during summer performances. 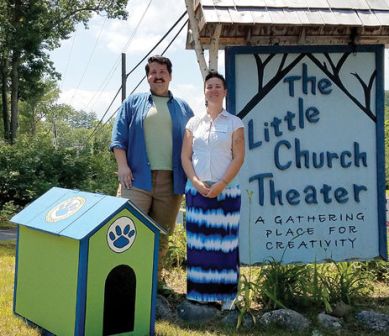 The Little Church Theater is a 501 (c) 3 non profit organization. Donations are tax deductible to the full extent of the law.

The mission of the Little Church Theater is to serve as a gathering place for creativity in the performing and visual arts. It develops and presents programs, events and instruction in order to enrich, educate and entertain the people of the surrounding communities.