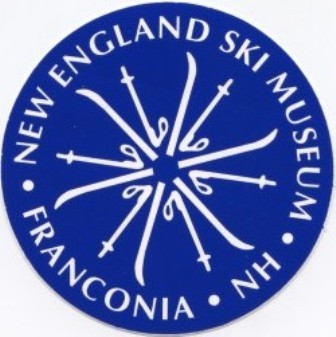 Welcome to the New England Ski Museum. Our mission is to collect, conserve, and exhibit elements of ski history for research, education and inspiration. We have operated our Museum at Franconia Notch State Park since December, 1982 and welcome thousands of visitors each year. Whether online or in person, we encourage you to enjoy our stories from the history of skiing.

The permanent exhibition is From the First Tracks to the Fall Line: eight thousand years of skiing. It presents a timeline of the development of skiing from its prehistoric roots up until the advent of the shaped ski in the 1990s, and includes local aspects of ski history with national implications such as several important ‘firsts’ at Cannon Mountain, and the career of area native Bode Miller.

New Hampshire was the center of skiing in the United States from the 1930s into the 1950s. Skiing first became popular in northern Europe then crossed the Atlantic to the cities of New York and Boston. Because New Hampshire was so close to Boston, skiing became very important to New Hampshire.

Three groups of people were important to skiing growing in New Hampshire. First, the workers from Scandinavia who moved to the paper 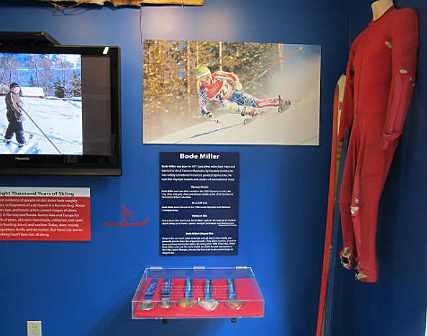 mills around Berlin. Second, college students from Dartmouth College who were part of the Dartmouth Outing Club. And third, people who were members of the Boston-based Appalachian Mountain Club.

New England Ski Museum is a member supported non-profit organization dedicated to the history of skiing. We offer permanent and annually-changing exhibits, and invite you to visit our museum in beautiful Franconia Notch State Park, New Hampshire. Admission to the museum is always free.